Max lives in Jacmel, Haiti with his wife Ketlene and two of his sons (Marvins and Kemis). He has another son (Nixons) who’s completing his education in the USA.

Max was raised in Haiti but as a young man spent a short time in the USA, where he honed his communications skills. He’s a critical member of our team, always pushing us to achieve professionalism in our work. He’s fluent in English, French, and Haitian Creole. 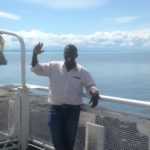 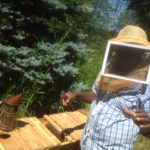 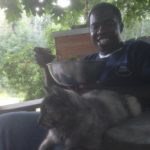 Max has contributed many, many hours translating our Hives For Haiti (H4H) Beekeeper Training Manual, and exams for our course.  He’s actively taking on more of the beekeeper training, and day to day communications for our organization, as we transition from the original founders, to our Haitian partners, running the projects.

In 2017 Max traveled to Salt Spring Island for two months of intensive beekeeper training (Generously funded by Tom Leavitt, Leavitt Machinery).  His favourite experience was going to the farm stands and buying veggies. He still can’t believe you just put your money in the tin, and there’s no one there to oversee it. Max calls Canada, “Paradise”. 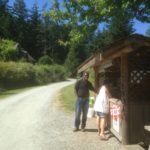 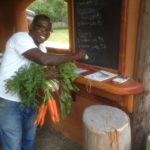 Garry lives in Petionville, Haiti with his wife Rosemene and daughter Saliyah. He grew up in Fort Jacques, Haiti, on his parents farm.

After the 2010 earthquake Garry made a living through providing translation services to NGOs. Garry’s fluent in English, French, and Haitian Creole. 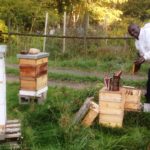 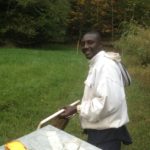 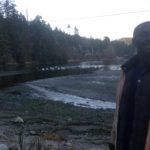 Garry assisted Hives For Haiti (H4H) in 2013 and has been a fixture on the team ever since.  He has been a fundamental contributor in the H4H Beekeeper Training Manual, and in providing ongoing translation services for instruction.

In 2015 H4H brought Garry to Salt Spring Island for two months of intensive beekeeper instructor training. Despite his great love of bees, his most memorable experience in Canada was the Grouse Mountain Gondola. 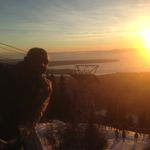 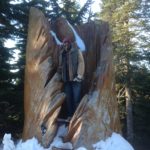 David worked in the Fire Service for 25 years and retired to Salt Spring Island in May of 2014. Retirement was short lived; in February of 2015 he was hired by the BC Ministry of Agriculture as the Apiary Inspector South Vancouver Island and Gulf Islands. 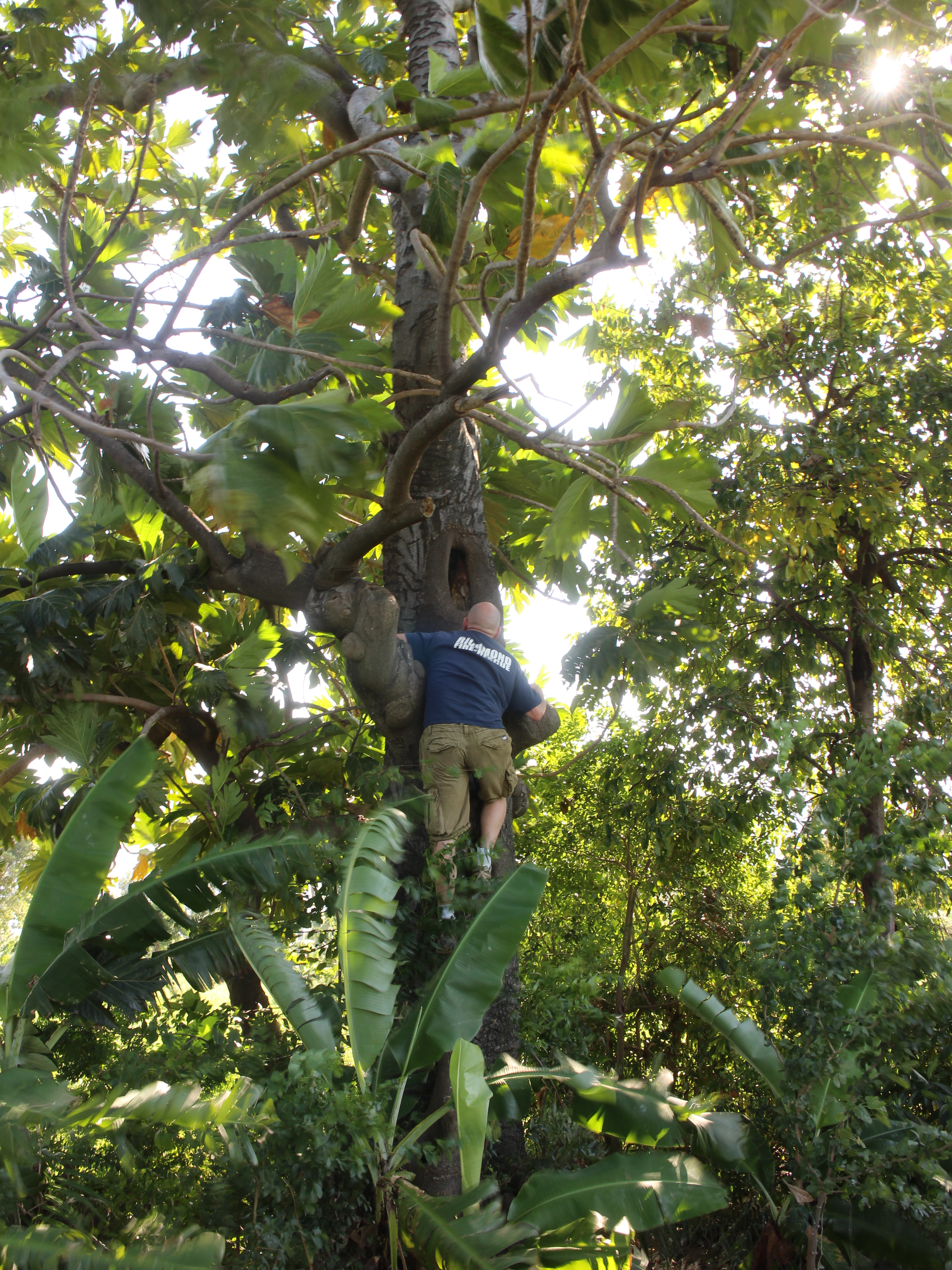 David has also filled the role of District Beekeeper for the District of North Vancouver, and hosted three of his own thriving apiaries around the lower Mainland.

He is a certified Bee Master through the joint UBC/BC Ministry of Agriculture’s Bee Masters program. He is thrilled to be sharing all of his beekeeping knowledge and experience with the Haitian people.

Since 1989, David has contributed to the Fire Services’ local and international volunteer projects.

In early 2013 he responded, with fellow Fire Fighter Brian Coombs (Richmond Fire) and Gerald Brinson (Toronto Fire), to distribute food to starving people in Haiti.  They returned to Haiti later in 2013 to assist Bee World Project in the Grand-Anse Province.

Now, Hives For Haiti is his passion. “Sharing knowledge and resources with the people of Haiti brings life’s greatest rewards”.  David

Brian Coombs moved west in 1979 and worked in construction before becoming a firefighter. During his 30 year career he has travelled with other firefighters to Sri Lanka, Thailand, El Salvador and Haiti to participate in humanitarian projects. 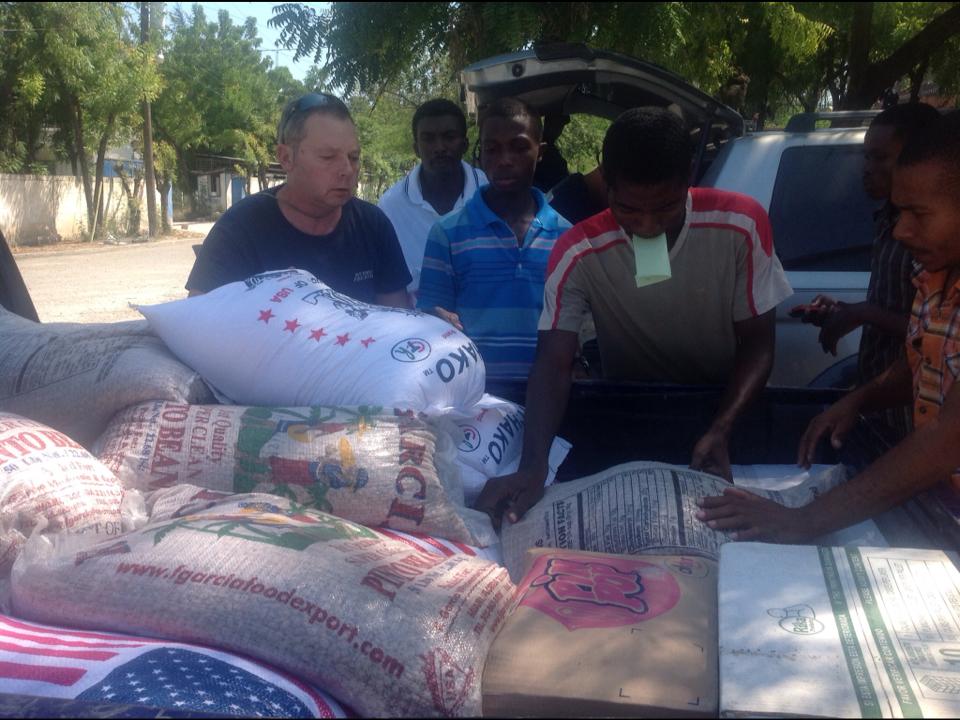 He plans to continue his humanitarian work after retirement. When David presented him with the idea of fostering beekeeping in Haiti, Brian quickly jumped on board. He recognized the tremendous potential to help build independence and sustainability with such a simple plan.

Brian is particularly interested in development and aid projects that promote long-term economic independence, a goal which Hives for Haiti strives for. Through his travel experiences, and work in Haiti, Brian has fallen for this beautiful country and its people.

Brian’s approach to his charity work is “I have more than I need, why wouldn’t I help?”

Outside of his humanitarian endeavours, Brian’s other interests include riding, building and racing motorcycles, building stereo speakers, paddling, sailing and recently, photography.

Brian is the proud steward of two happy bee colonies in Squamish and two more in North Vancouver BC.